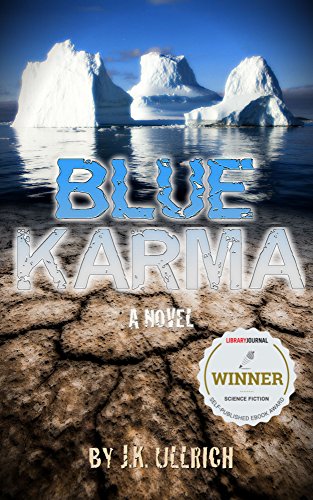 In a future where water is Earth’s most coveted resource, three young lives collide amidst forces of climate and conspiracy.

Water. It covers almost three-quarters of the planet, comprises more than half the human body, and has become the most coveted resource on Earth.

Amaya de los Santos survived the typhoon that left her an orphan. Now she scrapes by as an ice poacher, illegally harvesting fresh water for an always-thirsty market. But when she rescues an injured enemy soldier, she's pulled into a storm of events more dangerous than any iceberg. After years of relying only on herself, she must learn to trust another...or risk losing all that's left of her family.

Logan Arundson should be dead. After a mysterious attack destroys his military unit, he abandons his Arctic post for his native California, where droughts have made water a religion and a resource worth killing for. But when the water wars follow him home, he must face his frozen demons if he wants to save his town...and the girl he loves.

Paul Hayes is heir to an empire. But being vice president of a powerful hydrology company isn't all gardens and swimming pools: he deals with ice poachers, water rights, and the crushing expectations of his CEO mother. His investigation into company sabotage and the miraculous appearance of a lake in a small California town lead him to a shocking discovery...and an impossible decision.