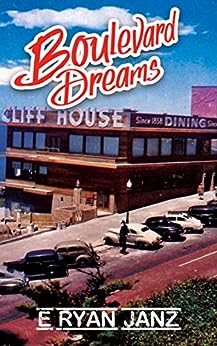 Private Eye, Joe Nails, endures recurring dreams of a friend's suicide, and he finds it did happen, a month before his dreams began, but he suspects murder, so as he investigates deeper, he confronts the shocking reality to his friend’s actions, as well as the final desperation of his own.

Down and out private eye, Joe Nails, has a problem.
He endures a brief series of surrealistic dreams, in which his long-lost friend pleads for his help before turning a gun to his head and firing. Joe discovers the suicide did occur, a month before his dreams began, so he deepens his probe beneath the mystifying and smoky noir underbelly of 1958 San Francisco, and encounters rising walls of lies and heartbreak from amorous and anguished women alike, and stumbles across incomprehensible goons and vicious killers longing for further bliss, and where his long slow descent painfully binds him to a ruthless yet respectable kingpin bent on reigning over him.

Joe Nails has a problem all right, an entire shopping list of them, but as he speeds down an unrelenting road of murder and mystery with no off-ramps, he just may solve a few…providing the approaching .357 yearning for another victim allows it.