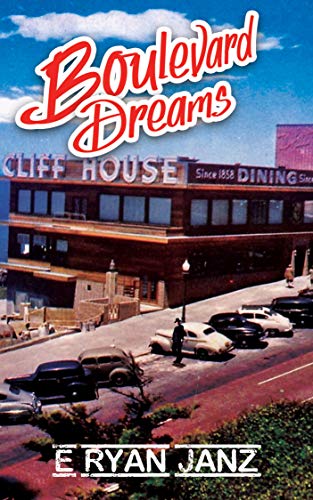 Dark humor infuses this intelligent mystery set in 1958 San Francisco, as a P.I. experiences dreams of a friend's suicide, and learns he vanished weeks before the dreams began. His investigation uncovers murder, deceit, and confusion amid the shock of his friend’s fate and the final desperation of his own.

Private Eye, Joe Nails, has a problem.
In this intelligently written, and darkly comic, anti-noir mystery set in the smoky world of 1958 San Francisco, Joe experiences a series of surrealistic yet disturbing dreams, in which his once best friend pleads for Joe's help, before turning a gun to his own head and firing. To ease his lingering doubts, Joe sets out to locate him, only to discover he disappeared without a trace weeks before the dreams began. But Joe now wants answers, and thereby becomes embroiled in an encircling noose of confusion, passion, anguish, and deception.

Joe Nails has a problem all right, an entire shopping list of them, but as he speeds down an unrelenting road of murder and desperation with no off-ramps, he just may solve a few…providing the approaching .357 yearning for another victim allows it.