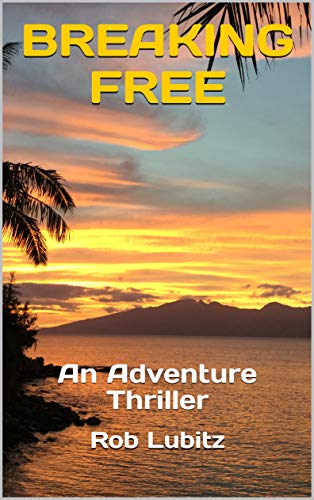 Imagine a drug that robs you of free will. Imagine not being able to move a muscle unless commanded to do so. Imagine a CIA conspiracy to weaponize that drug.

Imagine a drug that robs you of free will. Imagine not being able to move a muscle unless commanded to do so. Imagine a conspiracy to weaponize that drug. So begins Ryan Butler’s adventure.

Ryan Butler is a discontented lawyer, trapped in a disintegrating marriage and longing for escape. His opportunity comes when an old friend vanishes from work with a quarter of a million dollars and later turns up comatose on a park bench. The money is gone, the police have no clues, and his friend's gorgeous new wife, Alana, needs his help.

Dazzled by Alana’s sensual radiance, Ryan risks everything to uncover the reasons for his friend’s coma. His journey leads him to an aborted university medical study, to the development of a secret hypnosis-enhancing drug, to the traitorous schemes of a renegade CIA agent, and finally into Alana’s bed. As Ryan discovers more evidence of strange experiments and shadowy government intrigue, he comes closer to the truth but also closer to danger. He finds an alluring partner in Alana, but whose side is she really on?

As the lies and deceptions mount, so does the tension, climaxing on the Caribbean island of St. Barts where Ryan experiences firsthand the paralyzing power of the drug. In a desperate struggle to save himself and others, he unlocks the drug’s secret.