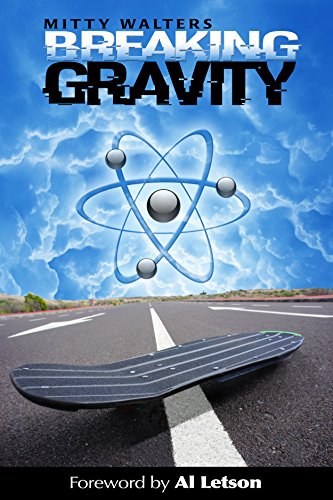 What if gravity could be controlled? Turned on, turned off? Or, better yet, reversed? What if the strength and polarity of gravity could be manipulated? Thanks to a freak accident, Dale Adams has found a way to do just that. But when word gets out, his life quickly descends into a nightmare of violence and intrigue.

Dale Adams has worked hard to leave his troubled past behind for a brighter future at Emory University. But when a freak accident leads to a discovery that will change humanity forever, avoiding the spotlight becomes the least of Dale's concerns. His revolutionary technology might just get him killed.

The business​ ​​student​ ​has​ ​just unlocked the secret to controlling gravity, and now every science book on the planet will be rewritten by the most unlikely of authors. ​But Dale's early experiments have attracted high-level attention, even before he's had the chance to ​share​​ them.

Oblivious to the mounting interest, Dale uses his ground-breaking innovation to create...well, a toy: ​T​he world's first real hoverboard.​ ​W​​ithin ​days of presenting the product to his class, Emory University is beset by a rash of misfortune and tragedy.

​As t​he world begins to collapse around him​,​ ​​​​Dale's fate intertwines with that of a girl he barely knows​.​​ Time is running out, and i​t ​quickly​ becomes clear their only hope for survival is to disappear into Atlanta's seedy underbelly; the very place he's tried so hard to ​leave behind.

It was just a hoverboard. Nobody was supposed to die.