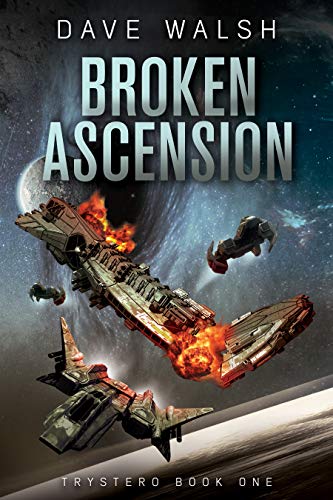 First in a series: In the aftermath of a brutal galactic war, humans and aliens must learn to coexist — but when artist Drake joins the crew of the Trystero, their discovery of an abandoned alien infant could shatter the fragile peace.

The war is over, and there are no winners. Just a broken galaxy.

Now humans and aliens must share this war-torn galaxy. None of this matters to Drake, though, he's just an artist. He's tagging along on the busted up ship Trystero, along with its ragtag crew. Together, they traverse the Demilitarized Zone between Terran and Gra'al borders, taking on any job they can find. Big or small. Human or alien.

The galaxy changes when the crew encounters a derelict alien ship, its crew slaughtered. With his dying breath, a crewman points them to a box. In it? An abandoned alien baby. When their government refuses to get involved, Drake and the crew need to return the baby they've been calling Bruce home, a bloodthirsty warlord on their tail.

His quest? Find Bruce and claim the Gra'al throne, declaring a new war on humanity.

Drake never wanted to be a hero... now he's all that stands in the way of a fragile peace between humans and aliens.