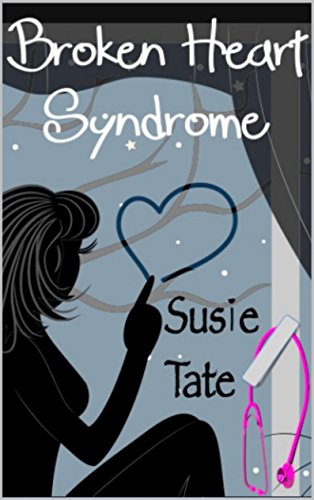 Shy Frankie obsessed over Thomas G. Longley at medical school, until her crush ended in humiliation. Years later, she works for Tom, but when it’s her patients he tries to bully she finally grows a backbone.

Shy, reclusive Frankie and her best friend Lou obsess over Thomas G. Longley, as they reverently refer to him, for their entire first two years of medical school. So when he publicly humiliates her at the student bar she is devastated.

Ten years later, Frankie has to work in the testosterone driven environment of Cardiology before she can start her palliative care training and, to her dismay, Tom is her boss.

Thankfully the subject of her long-term crush doesn't seem to remember her and, given her ability to blend into the background, she's not really surprised. What does surprise her is how cruel he is. Sure he squished her self esteem like a bug at Uni, but the Tom she spent many a pointless lunch break or library session covertly watching seemed easy going and quick to smile; not an uptight, overly critical bully.

Between passing out in theatre and being covered head to foot in the bloody vomit of 'Scary Glenda' (A&E's most frequent, frequent flyer), she can't wait to get through the six months.

Although she's too timid to tell Tom to jog on when she is his only target, when it's her patients that he starts trampling she decides to grow a backbone, and Tom begins to see that she is not the cold, aloof woman he once thought.

Unfortunately his past behaviour is not Tom's only obstacle to gaining Frankie's trust. You see, Frankie knows all about being pushed around. She's dealt with enough verbal and even physical abuse before to last a lifetime, and she's not going to be fooled into thinking that this ruthless alpha male has turned over a new leaf.

Luckily for Frankie, Tom is used to getting what he wants. He's determined to make her see herself clearly for the first time in her life and he's just arrogant enough to believe that he can break through her defences.

But Frankie has secrets, and a past that is not ready to let her go quite yet …