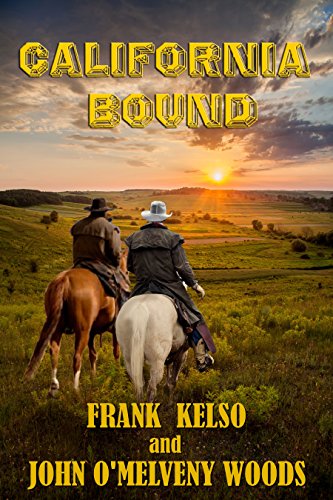 Texas Lawmen won’t go! The US Cavalry can’t!
Jeb & Zach wade the Rio Bravo to rescue Jeb’s kidnapped 14-year-old niece.
Jeb brings a case of dynamite to the bandit’s fort, planning to sneak his niece away, and then blow-up the fort. What could go wrong?

Lawmen won't … The Cavalry can't … 2 Civil War veterans wade the Rio Bravo to find a stolen girl!
In a Union POW camp, Jeb & Zach dreamed of California Gold, but the road West leads Jeb to his sis's home in Texas.

Confronting 2 Cortina men in a saloon turns ugly … Jeb is wounded … one Cortina man escapes to alert Cortina.
A young widow tends Jeb in healing after the Doc sews him. Jeb and Zach take a shine to the bold and sassy lady.

"Aww, man. After all the time we been together, are we gonna fight over a woman" … "No fight needed," Jeb said. "She's gonna decide, then get us think it was our idea." … "She always does," Zach replied.

Either Jeb & Zach surrender to him or he burns the town!
Will they ever get to California?