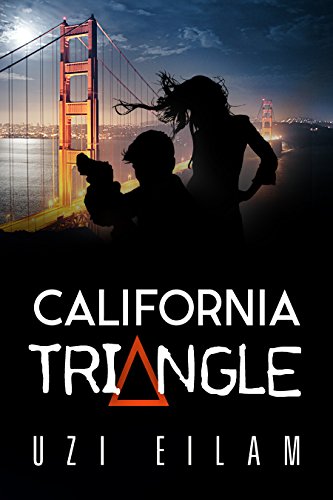 While working on a secret anti-ballistic missile program, Dr. Gideon Ben-Ari becomes swept up in a passionate affair and a sinister web of espionage involving the Israeli Mossad, FBI, and Iranian Revolutionary Guards. How can he know whom to trust?

Dr. Gideon Ben-Ari enjoys a relaxing life in Silicon Valley. He rides his bicycle to work on his secret project developing an algorithm for a defense program against simultaneous ballistic missile barrages fired from several locations. Gideon also has a weakness for women from the past who have made their way into his heart, never to leave. When his research becomes a target for espionage by hostile fundamentalist powers, he falls personally into the crosshairs.Can he extricate himself from a vicious web of espionage?

After chance (or were they?) encounters with his first love and a music-loving scientist like himself, he becomes swept up in a passionate affair and a sinister web of espionage in which the Israeli Mossad, FBI, and Iranian Revolutionary Guards are involved. Gideon finds himself caught among powers greater and stronger than him. Will he be able to tell those he can trust from those who are trying to ensnare him in their web?

Additional books in this series: In A Trap in Paris the war against terrorism and the development of nuclear missiles by the Iranians reaches Europe, and Gideon is once again enlisted for the challenge. Singapore Under Attack finds Gideon trapped in the capital during a cyber-attack, the magnitude of which the world has not yet experienced. He joins the struggle.