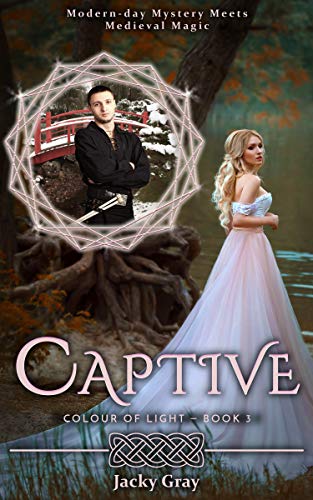 A kidnapped girlfriend. A deranged psychopath. An impossible puzzle. Can Archer solve the smug clues to rescue Rory from the fiend holding her captive? Thankfully, his mate’s a Da-Vinci Code maestro. He finds them, but frustration abounds when Rory chooses her captor over him. Stockholm syndrome? Or is magic afoot?

A kidnapped girlfriend. A deranged psychopath. An impossible puzzle.
Can Archer solve the infuriatingly smug clues to rescue Rory from the fiend who has her captive?
Thankfully, he knows a guy or three who are well up for Da-Vinci-style riddles. Just like in Die Hard 3, the nasty piece of work has him chasing all over the UK to collect tokens which will hopefully fit together to create a solution.

Rory needs every ounce of courage and resilience to withstand the incarceration, especially when her sensitivity makes her susceptible to dreadful experiences from the previous victim and the abductor himself. Despite subversive attempts to prevail, her particular gifts render her powerless to resist his mind-control techniques. What's behind his obsession with Gretna Green and those sobbin' women he keeps singing about?

Digging into the monster’s past, Archer realises how little he knows about the man who caused such chaos and devastation in his world. Frustration abounds when Archer finally has Rory in his grasp but she chooses her captor over him. Stockholm syndrome appears to have kicked in and, if he believes the texts from her phone, she no longer wants to be saved.

The stakes are raised as a powerful enemy from the past incapacitates Archer and Rory discovers more about the twisted man and their tangled history. But do they have what it takes to break free and fulfil their shared destiny?