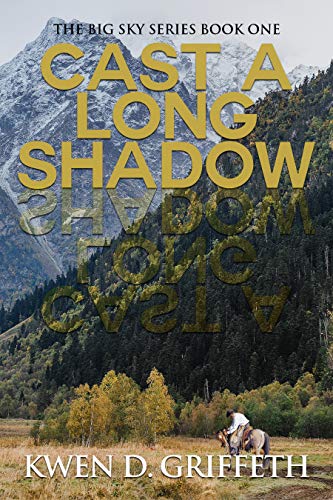 Ever try to fill boots a size too large? Ever keep pace with strides too long? Ever try to cast a long shadow?

Ever try to fill boots a size too large? Ever keep pace with strides too long? Ever try to cast a long shadow?

"Bad Bobby" Trent, star high school athlete, college scholarship holder, pro-rodeo circuit rider lived an unencumbered life. He was a man, who by his own definition, limited his concentration to no more than eight seconds at a time. The time required to ride a bull or saddlebronc and win. He's tough, independent, shallow and always looking for a good time. Then his father is murdered.

A Sheriff Loved By His Community Shot Dead

Sheriff Robert Trent was the longtime chief law enforcement officer of Lodge Pole County Montana. He was stern, fair, honest and dependable. He tried to see the best in people, and always ready to give them one more chance. Ambushed, shot dead at the side of the road. Set up by someone he knew. Now, rumors claim the sheriff wasn't all that he claimed. Rumors claim he was dirty; paid off by persons' unknown.

A Son Determined To Find His Father's Killer

Slapped by reality, Bobby is determined to investigate the killing. He's set on finding the one who did this. Only one problem, he doesn't have a clue what he's doing.