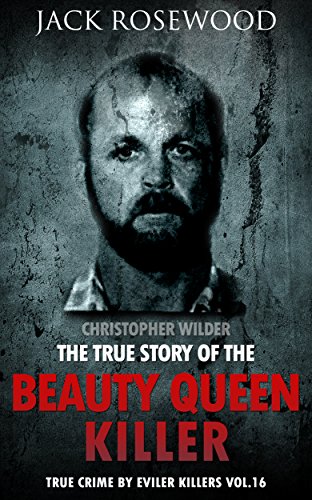 Christopher Wilder: The True Story Of The Beauty Queen Killer

This is a True Crime biography about serial killer Christopher Wilder, aka The Beauty Queen Killer. This is a very unique case where the serial killer has been active in both the USA and Australia.

Of all the many psychopaths and sociopaths that have hunted for human victims throughout history, few have been more disturbing or mysterious than Christopher Bernard Wilder - the beauty queen killer. From the middle of the 1960s until 1984, Wilder sexually assaulted countless women and murdered at least nine in Australia and the United States.

The beauty queen killer was not only a true psychopath, but also a hunter as he carefully chose attractive girls and young women to victimize. But Wilder was no creepy looking killer; he was an attractive, articulate man who used a camera and offers of a modelling career to get his unsuspecting, naïve victims to remote locations where he would then rape, torture, and ultimately kill them.

Among serial killer biographies, Wilder's is a cautionary tale. First as a juvenile and later as a young man, Wilder was arrested on numerous occasions for sexual assaults in both Australia and United States; but he never served any time behind bars due to technicalities, witnesses refusing to testify, or the judges showing sympathy towards the beauty queen killer.

When one considers some of the better known American crime stories from history, many red-flags are apparent that point towards the future criminal potential of an individual: for Wilder, the flags were bright, crimson, quite large, and difficult to avoid, yet were ignored by his friends, family, and the authorities. Christopher Wilder's saga is therefore not just a true crime murder story, but also an unfortunate example of how the system can fail to protect the public from a known sexual sadist.