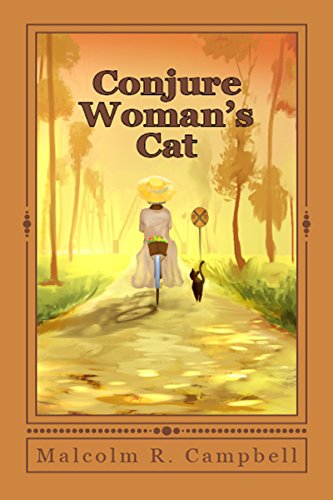 When local police refuse to solve a racial crime, conjure woman Eulalie and her cat, Lena, take matters into their own hands.

Lena, a shamanistic cat, and her conjure woman Eulalie live in a small town near the Apalachicola River in Florida's lightly populated Liberty County, where longleaf pines own the world. In Eulalie's time, women of color look after white children in the homes of white families and are respected, even loved, but distrusted and kept separated as a group. A palpable gloss, sweeter than the state's prized tupelo honey, holds their worlds firmly apart. When that gloss fails, the Klan restores its own brand of order.

When some white boys rape and murder a black girl named Mattie near the sawmill, the police have no suspects and don't intend to find any. Eulalie, who sees conjure as a way of helping the good Lord work His will, intends to set things right by "laying tricks."

But Eulalie has secrets of her own, and it's hard not to look back on her own life and ponder how the decisions she made while drinking and singing at the local juke were, perhaps, the beginning of Mattie's ending.