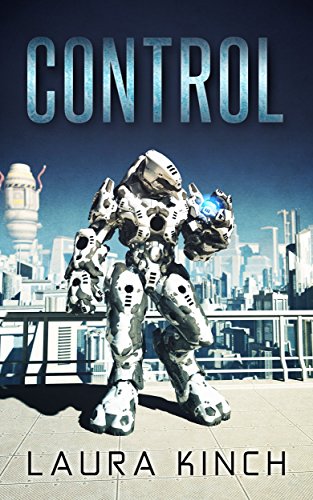 Stalked by a man who claims she's a Controller - has the ability to control machines - Rebecca thinks her day can't get any worse. Until her apartment is attacked by a machine trying to kill her.

"The System knows what goes on down here, trust me. And the City? You might enjoy some level of protection but it's not so different from Below. The System just uses a different method. You're just as much controlled as we are, perhaps more so."

Rebecca is tired of her job in the City. The System's rules don't allow asking too many questions and she's close to losing her job. Then she meets Jason Gray, who tells her she's a Controller. She has the ability to control machinery with her mind, and he needs her talents for a very specific task. At first, Rebecca scoffs. But when her apartment is attacked by a machine called a Peacekeeper, she loses her job and all her shares, and finds herself hunted by the cops and a Controller called Valerie Chase, she has no choice but to follow Jason to the world Below.

Below, Rebecca discovers her life in the City has been a bubble of security. She knew nothing of the massive mines and burnt-out workers who live there, managed by System Controllers who'll wipe out a village at the first hint of production loss. And amongst all this: Jason, his resistance fighters, and their warship Leviathan.

Jason says Rebecca's talents are 'special', that he needs them for an important task. But the man is slow to reveal exactly what this task is. After being misinformed her entire life, can Rebecca trust Jason's mission will make a difference for those living Below? It's starting to sound like something much more personal.