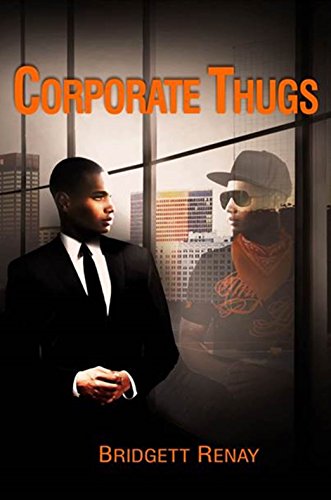 Corporate Thugs explores the psyche of a man whose desperate yearning for superstardom renders him straight-up certifiable. It depicts the hardcore competitiveness of professional football alongside the cut-throat battle for corporate success; but in this game, only one player can win.

What's the first sign that lets you know you're dealing with a sociopath?

Corporate Thugs is riddled with clues. Set in the new reigning hub of African-American drama - suburban Atlanta - it's the scandalous saga of the ambitious and untamed Gerald Alexander that chronicles his descent into the dismal world of irrationality. From high school to college and throughout the pros - his story will have you watching your back ever so closely.

Gerald had only two dreams, to play professional football in the NFL and to make the cover of Sports Illustrated. When the former became a reality it was short-lived due to a serious injury. And just like that, all the fame, fortune, parties, and women… gone. On the contrary, his best friend since childhood, Marcus Stone, was on top of the world - a successful business, a beautiful wife, and a fat bank account…he seemed to have it all.

Being a supportive friend, Marcus offers Gerald a job hoping Gerald would have a positive impact on his company. But when jealousy and murder come between them, which one will fall? Could Gerald be so callous that he'd set his best friend up? Is Marcus even capable of unleashing his own wrath?

They solved the riddle. Can you?