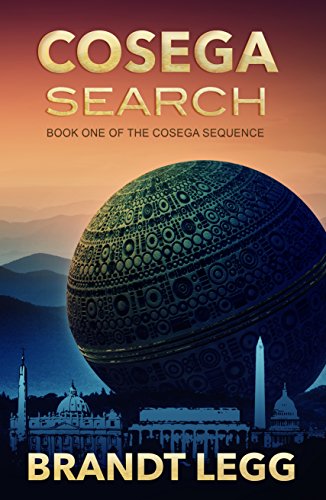 Indiana Jones meets Jason Bourne in this thrilling white-knuckle adventure! When archaeologist Ripley Gaines finally finds the key artifact that will prove his unusual scientific hypothesis, he’ll have to protect it — and himself — from the world’s most powerful organizations.

Ripley Gaines, a brilliant archeologist, has spent his life searching for an elusive artifact to prove his controversial theory. What he finds shocks even him. The discovery rewrites human history and promises to change the planet's future. It must be suppressed.

The most powerful forces in the world align against him, and a deadly competition for the artifact ensues. Capturing Gaines is not enough; he, and everyone who has seen the artifact must be killed. His only hope is to stay alive long enough to decode the Cosega Sequence. Dig far enough into the past . . . you may just discover the future.