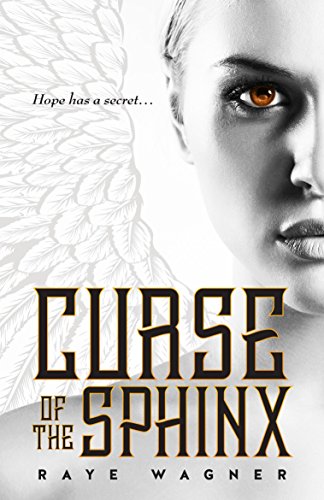 Curse Of The Sphinx

In a modern world ruled by the Greek gods being a monster is more than a curse. It's a death sentence. Seventeen year-old Hope Nicholas has spent her entire life on the run. When her mother is killed, Hope will need to decide which she values more- safety or love.

In a modern world still ruled by the Greek gods, being a monster is more than a curse. It is a death sentence.

Seventeen year-old Hope Nicholas has spent her entire life on the run. But no one is chasing her. In fact, no one even knows she exists. With her mom, she's traveled from town to town, barely staying long enough to meet anyone, let alone make friends. And she'll have to keep it that way.
It's safer.

When her mother is brutally ripped away from her, Hope's life shatters. Is this the fulfillment of Apollo's curse? Have the demigods discovered them? Is Hope, too, being hunted? Orphaned and alone, Hope flees again.

In a universe still ruled by the Greek Gods, mythology is more than just a course in high school. Demigods, monsters, and shadow-demons from the Underworld are realities that threaten Hope's very existence.

When the handsome Athan Michael comes to her aid, she must decide what she values more- safety or love. Can Hope find a way, or will Apollo's curse rob her of everything she's every wanted?