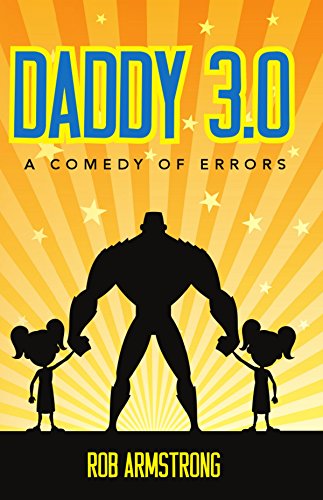 What a mess. This isn’t where Nick Owen thought he would be by this point in life. He used to be a web programmer. Now he spends his energy trying to stop his three-year-old twins from throwing plates in restaurants.

What a mess. This was not supposed to happen.

This isn't where Nick Owen thought he would be by this point in life. He used to be a busy web programmer. Now he spends most of his energy trying to stop his three-year-old twins from playing in a dirty sand pit. Nick thinks of himself as Daddy 3.0, a stay-at-home-dad—but he just wasn't programmed for this.

He must navigate a new world of jungle gyms and playdates while supporting his surgeon wife. He tries his best to be there for the twins, but he can't stop making a mess of things. He's just about nearing the end of his rope when the Swing Incident happens. The Swing Incident, spoken of in hushed tones around Nick's New York City apartment building, has caused the resident queen bee, nicknamed "Supermom," to declare him an enemy for life. No matter what Nick does to get back into Supermom's good graces, he fails spectacularly.

Now Nick's going to have to learn to fight fire with fire and become the best superparent on the block. This hilarious new book by Rob Armstrong chronicles one man's journey into the world of modern fatherhood—one botched haircut, playground fight, and dirty diaper at a time.

Stay-at-home-dads have a new hero, of sorts.