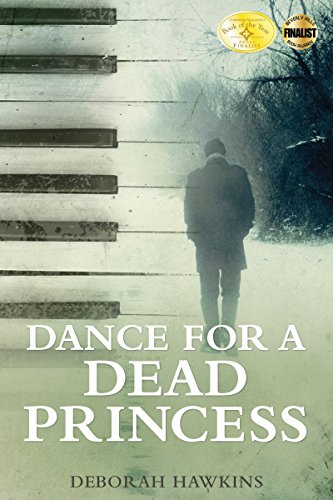 Dance For A Dead Princess

The love triangle: a handsome duke, a Hollywood actress, a beautiful attorney. Setting: London, Paris, the duke's stately home in Kent. The complications: a centuries old family mystery, the death of the duke's mysterious ward, and the duke's arrest for her murder.

The people Nicholas Carey has loved are all ghosts: his mother, the world-famous concert pianist; his wife, Deborah, the most beautiful woman in England; and Diana, Princess of Wales, his most trusted friend and confident. How many nights has he spent talking to Diana about his marriage, about her marriage, about his guilt over Deborah, and about the impossibility of being in love?

Too many to count. He aches to tell Diana how empty his life has become without her and without Deborah, but he can do nothing to bring them back. Yet he can expose Diana's killer. Taylor Collins, a Wall Street lawyer, has the tape Diana made naming her assassin, and he is determined to get it.

Taylor does not want to spend Christmas at Burnham Abbey overseeing the sale of the Carey's ancestral home to her client, an American school for girls. Nicholas Carey, the Eighteenth Duke of Burnham, holder of a five-hundred-year-old title, is a spoiled selfish international financier; and Taylor would far rather be in New York, pursuing her high-powered legal career and hoping her fiancé, who left her at the alter months earlier, will return.

But night after night, Taylor hears Nicholas at the piano playing the haunting pavane for all the lost princesses in his life because his broken heart will not let him sleep. By day, she reads the tragic love story of Thomas, the First Duke, knight and liegeman to Henry VIII, who founded the Carey family but who never recovered from the loss of his beloved wife.

Just as Taylor realizes Thomas's un-measurable capacity to love is hidden beneath Nicholas's shallow public facade, Lucy, Nicholas's mysterious ward, turns up dead. Taylor's heart is stretched to its limits as she searches for the truth about Nicholas and comes face to face with Diana's assassins.