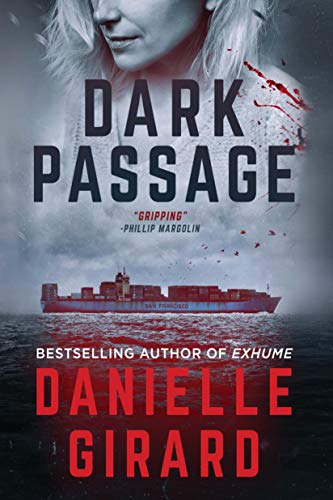 Special Ops Agent Cameron Cruz is joining her team to shut down a massive human trafficking operation, working out of San Francisco Bay.

Special Ops Agent Cameron Cruz is joining her team to shut down a massive human trafficking operation, working out of San Francisco Bay.

Coming back to work after the birth of her son, she is ready. She is strong.

Until she witnesses a colleague shot and killed before her eyes. The death is shocking, but the reality is much, much worse.

The shooter is someone she trusted. Someone she loved. Someone she thought was killed during an undercover assignment—her son's father, Diego."A gripping story with a strong female cop at the heart. The twists and turns keep coming and the pace doesn't let up until the very last page. I already ordered the next rookie club book!"

Despite what she's seen, Cameron's love for Diego is as alive as he is. But someone is working hard to frame him. Before she will accept his innocence, she has to help him prove it.

At the same time, Cameron is fighting to break a sex trafficking ring in her own city. The closer she comes to identifying the traffickers, the closer her investigation brings her to the police department's front door.

Suddenly, she must question who she can trust.

And who is willing to risk it all to send her—and the truth—to the grave.Fans of T.R. Ragan, Kendra Eliot, David Baldacci and Harlan Coben are going to love Danielle Girard.