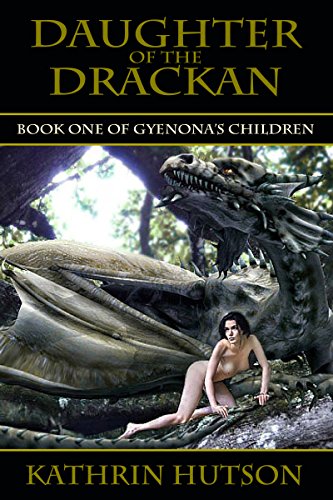 Keelin becomes a terrifying legend among assassins, hunting for answers to violent blackouts after waking covered in blood. Born of humans, raised by beasts who despise the legacy of man, only Keelin can redeem, or destroy, the future of both races.

Born of humans but raised by beasts who despise the legacy of man, Keelin is the only one who can redeem, or destroy, the future of both races.

Keelin is the only human fledgling, weaned by the drackans of the High Hills and given their instincts, ferocious strength, and fierce hatred for humankind. But even the drackans closest to her cannot explain why she has violent blackouts from which she wakens covered in blood.

A desperate, reckless search for the source of this secret brings her face to face with the human world and memories from a locked-away past, long forgotten. Keelin becomes a terrifying legend among human assassins while she hunts for answers, and the human realm's High King is murdered.

While a sickly steward hides within crumbling walls, commanding her every move with a magic he should not possess, Keelin's journey to track him down threatens her loyalty to the drackans who raised her. The rogue who crosses her path hides familiar secrets, echoing her own terrifying bloodlust and forcing her to consider that there may be something human about her after all.