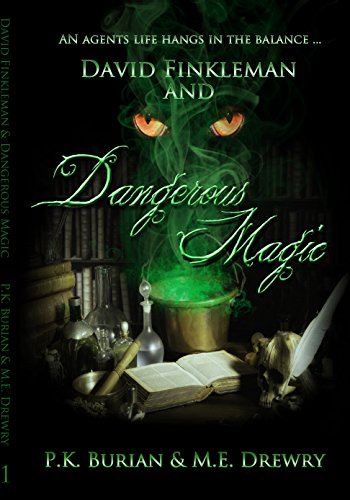 By: PK Burian& ME Drewry

David is in over his head when the FBI recruits him to go undercover in his high school. A deadly drug is circulating the school that turns kids into blood-sucking Chupacabra! As he delves deeper into the case, he must solve it before a murder occurs, possibly his own!

Welcome to Olympia, home of magical secrets, dangerous magic, mystical creatures, and the extraordinary people able to fight them!

David gets recruited by his grandfather, an FBI, Special Units agent to investigate a current case and his missing partner, fellow agent, Tom Stevens. A powerful wizard is circulating a deadly drug that's turning high school into hideous, blood-sucking Chupacabras! His target: the football players at David's high school, the very ones who bully him!

David's in over his head. But as he delves deeper into the case, he realizes he must solve it quickly before Tom gets murdered and David's brother, Henry gets turned into one. David promises Tom's beautiful daughter, Sabrina, to find and save her father. He intends to keep his promise to her no matter what it takes!