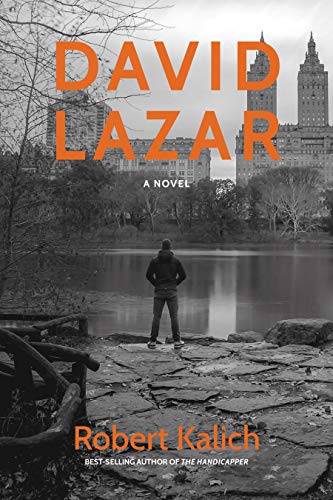 David Lazar is a gifted man, but he is also a flawed man, haunted by his past. Nearing the end of his life, he has yet to tell his wife his deepest secret. Now, will he risk losing what he cherishes the most: the love and respect of his soulmate and son?

What happens when a husband has lived two lives and harbors a deep secret?

David Lazar could not afford a postage stamp. Employed as a social worker and discarded by his first wife he is forced to move in with his parents. Two years later and still in painful debt, he starts a new life with a twenty-five-dollar bet as a college basketball handicapper. Did he sell his soul to make millions?

The money opens doors and allows Lazar to live extravagantly, yet something is lost in the process: the success exposes Lazar's harder side, while also revealing his deep conflict with wealth created by corruption.

Lazar is a gifted man, appreciated for his sensitivity and generosity, but he is also a flawed man, haunted by his past and hoping for redemption. Nearing the end of his life, he has yet to tell his wife Elizabeth about the immoral nature of handicapping. Now, if he is fully authentic, will he risk losing what he cherishes the most: the love and respect of his soulmate and son?

Blurring the lines between memoir and fiction, David Lazar is a modern love story with a dash of noir. Filled with colorful and eccentric New York characters - childhood friends, business mentors, wealthy associates, organized crime figures, celebrities, and sports stars - and told by a complex and compelling narrator, it is an odyssey into the soul of a man who risks losing far more than he has ever won.