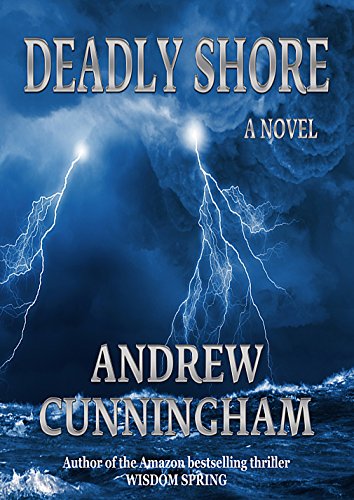 WHEN IT'S TERRORIST vs. HURRICANE ... EVERYBODY LOSES!
It's July 5th, and the Cape Cod roadways are clogged with tourists trying to outrun a potentially catastrophic hurricane. But when terrorists bring down the bridges to the Cape, a half million terrified people suddenly have no way to escape.

WHEN IT'S TERRORIST vs. HURRICANE ... EVERYBODY LOSES!

It's July 5th, and the Cape Cod roadways are clogged with tourists heading home from the holiday weekend and trying to outrun an approaching potentially catastrophic hurricane. But in the blink of an eye, their lives are thrown into chaos when terrorists bring down the bridges to the Cape. Instantly, a half million terrified people have no way to escape. And when the terrorists threaten to release anthrax on the captive population if their demands aren't met, fear turns to all-out panic.

With time running out, Marcus Baldwin, a private investigator and former CIA operative, and Sara Cross, a disgraced ex-homicide detective, are brought together by a sole clue to the identities of the terrorists. They quickly realize that they may be the only ones with even a chance at stopping the plot before it's too late.

With Category 4 Hurricane Chad barreling up the coast on a path for a direct hit on Cape Cod, it becomes frighteningly clear to everyone trapped on what has now become an island--one way or another they are probably all going to die.