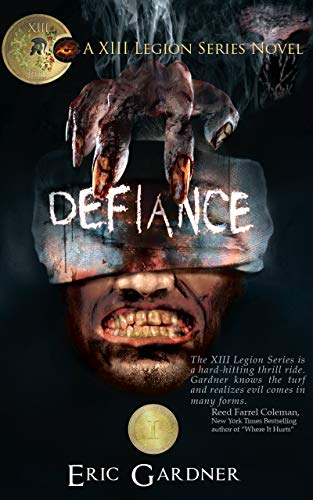 Creation is crumbling around us, yet we can't see it. War, famine, carnage—it's just the beginning.Darkness is coming for us all.

Creation is crumbling around us, yet we can't see it. War, famine, carnage—it's just the beginning.Darkness is coming for us all.

They say evil comes in many forms. For former soldier Gabriel Willis, it looks like a motorcade of SUVs storming his quiet neighborhood, shattering his hard-earned domestic bliss. His loving wife and children watch in horror as he is arrested and whisked away without explanation.

Accused of terrorism and brutally tortured for information, Gabriel later learns that his family has been kidnapped and hidden away. The madman responsible hands him the arduous task of trekking to the mountains of Afghanistan to find famed archaeologist, Othia Morgan, and return with her—or his family will die.

An ancient secret holds the fate of the world

Othia has unearthed a secret truth hidden deep beneath the sands of an ancient Afghan village, a terrifying beginning to the end of it all. The lives of hundreds of thousands of unsuspecting souls are destined to be caught in the middle—including Gabriel and Othia.

With the weight of the world upon him, Gabriel is left with an impossible decision: When should a devoted family man place the needs of the many above those of his precious few?