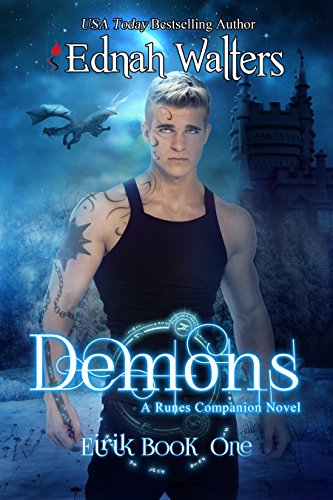 "Eirik, son of Baldur-God of Light- Failed living as a Mortal. After loosing all that's important, he's gone to the underworld to meet his estrange mother. Torn, Eirik struggles to find himself, until a witch changes it all. Celestia Devereaux, uses her powers to help people, but a secret threatens to turn her dark. Will helping a tortured man be her undoing, or will he sacrifice it all to save her?"

Eirik Baldurson—son of Baldur, God of Light—failed living as a Mortal. He lost the girl of his dreams and nearly got his friends killed. Now, he's gone to the underworld to meet the mother he's never known. Torn between his duty to her and the man he used to be, Eirik struggles to find himself, until a witch appears in his world. Feisty and stubborn, she is a reminder of everything good he left behind.

Celestia Devereaux proudly attends a charter high school for "gifted" teenagers who embrace magic. Witches. However, she keeps a terrible secret—a prediction that she would one day be responsible for massive destruction and death. Though Celestia uses her clairvoyant abilities to help people, she worries that it is just a matter of time before she goes over to the dark side.

Her world changes when she unexpectedly astral projects to a place she didn't believe existed and meets a tortured man who needs her help. Will helping him cause her fears to come true, or will he sacrifice everything to save her?