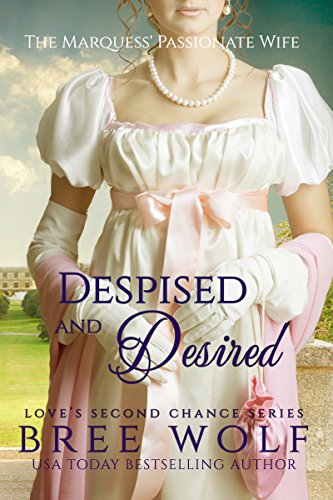 A broken war veteran and a reluctant spinster come to see that sometimes the most painful scars are the ones we cannot see.

A broken war veteran and a reluctant spinster come to see that sometimes the most painful scars are the ones we cannot see.

England 1806: SIR FREDERICK LANCASTER returns from the war with France a broken man, guilt-ridden over the loss of a friend who's been like a brother to him all his life. Then tragedy strikes again, plunging Frederick into a darkness he fears he'll never escape, and forces on him a life he never wanted.

As the new Marquess of Elmridge, he is duty-bound to find a wife and father an heir. However, once that task is completed, he'll finally be free to return to the battlefield and end his miserable existence.

A sound plan if ever there was one.
At least, until his mother chooses spinster ELSBETH MUNFORD to be his bride.

After an accident almost took her life, Ellie's beauty is tainted by ugly scars, ensuring her a place on the shelf as far as society is concerned. Still, despite the tragedy she's suffered, Ellie has remained a vivacious and caring young woman, who refuses to do one thing: give up…on herself or anyone else.

Least of all her new husband, a man she's secretly loved for as long as she can remember.

Before Frederick knows what's happening, he catches himself thinking of his new wife day and night. Her gentle kindness and unfaltering strength call to him, stir his pulse and awaken a long forgotten yearning for love…and life.

But what about the last step of his plan? Will Ellie find herself a widow soon? Or will Frederick risk everything and open his heart to her?