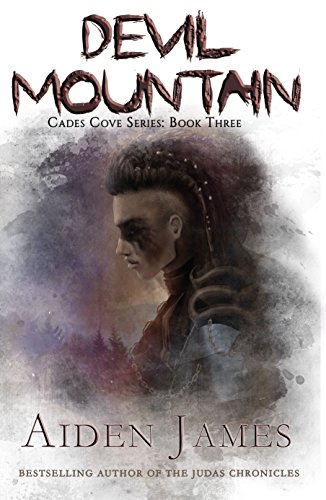 Six years have passed since trouble last visited Cades Cove….
Death and destruction wrought by Teutates, along with Allie Mae’s deadly rage, has almost been forgotten. A new menace in North Carolina, that’s related to what happened in Cades Cove, draws John Running Deer out of peaceful retirement, to a place known as Tsvsgina Odalv, or “Devil Mountain”.

The death and destruction wrought by Teutates, along with Allie Mae McCormick's deadly rage against David Hobbs and his family in Tennessee and Colorado, has almost been forgotten. The renowned "lovers' lane" ravine in the heart of Cades Cove rests quietly below moonlit skies at night, and John Running Deer can once again enjoy the seclusion of his Smoky Mountain residence… almost.

Ever since the previous hauntings ended, a ghost known only as Galiena has made her presence known to John on an increasingly frequent basis. As a former spirit guide to John's grandfather, Two Eagles Cry, Galiena has kept watch over the bones belonging to four siblings of Teutates buried in another ravine near Cherokee, North Carolina for the past millennia. The ravine lies in the shadow of a majestic mountain disdained by the Cherokee because of the presence of these once-violent entities—a place known as Tsvsgina Odalv, or "Devil Mountain".

Recent construction of luxury cabins surrounding the ravine has awakened the entities, and Galiena enlists John's help to try and prevent these four ancient deities from escaping their imprisonment and bringing untold misery and bloodshed to the area. But what happens when John is too late to prevent the escape? Even with the help of Evelyn and David Hobbs there are no guaranties that what happened in Cades Cove won't be visited upon the unsuspecting residents living near this new ravine.

As the death toll climbs, John and his companions race to cure the tainted land and find a way to subdue its bloodthirsty tenants… to hopefully prevent worse carnage from spreading beyond the realm of Devil Mountain.