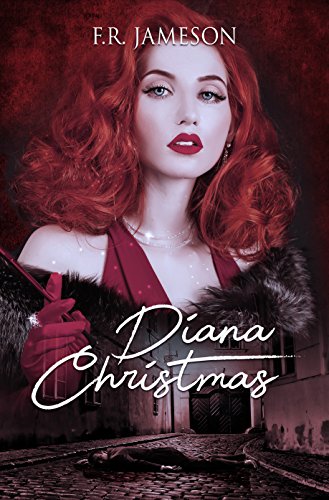 When was the last time you read some nail-bitingly tense, gripping to every page, British noir?
Crammed full of twists, danger and memorably scary characters, DIANA CHRISTMAS wraps movie star glamour up into a brand-new, suspenseful thriller.

His bones have been broken, and his insides bruised and mashed, but still he doesn't regret meeting Diana Christmas!

In 1959, Diana Christmas - the beautiful, vivacious redhead - was a major star in Britain. It was her moment. She was on the cusp of making it big in Hollywood. Then, she simply walked away from the limelight. Vanished from an industry that adored her.

Twenty years later, Michael, a young film journalist, arrives at her suburban home and discovers the still vibrant and alluring Diana. Between her sheets, he hears for the first time the reason for her disappearance - a tale of coercion, shame and blackmail.

To his shock, he learns that those who destroyed her career and ruined her life still have their claws in her.

Totally smitten, he promises to help her. But Michael soon finds that the past doesn't let go easily…