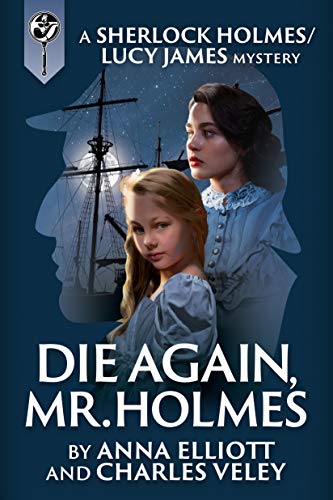 A den of dangerous drug traffickers. A sudden, mysterious death. Is this the end for Sherlock Holmes?

A den of dangerous drug traffickers. A sudden, mysterious death. Is this the end for Sherlock Holmes?

London, 1898--Holmes, Lucy and Watson have plenty of reason to celebrate. Thanks to their heroics and formidable sleuthing skills, Lucy and Jack finally found their way to wedded bliss, and a gang of diamond-smuggling fiends will soon be behind bars where they belong.

But the trial of the gang leader brings to light a new, even more sinister threat. A dangerous criminal organization is trafficking a vast hoard of stolen opium, and these ruthless purveyors of human misery will stop at nothing to protect their illicit business.

Holmes is determined to stop the thugs from flooding the streets of London with their deadly merchandise, at any cost. And, when his blood-stained coat is found in the frigid waters of the Thames river, it appears he has paid the ultimate price.

Left to soldier on alone, Lucy, Jack, and Watson follow the remaining clues and trace the opium to an underground cave beneath a swanky seaside hotel. When they arrive, a shocking turn of events leads to an epic showdown that puts everyone in danger. Can the team take down the smugglers? Or have they finally met their match?