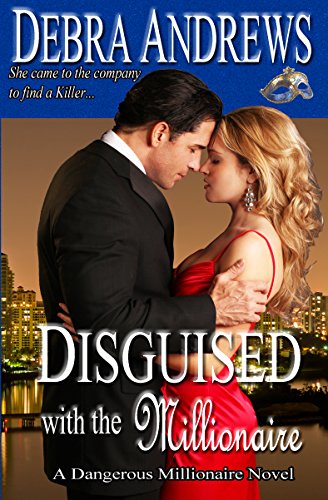 Disguised With The Millionaire

Kate Meyers, a young woman whose brother met an untimely end on one of Farrington Construction's sites, is convinced that CEO Trent Farrington had something to do with it. She gets a job, catches his eye, and starts looking for evidence to use against him.

Kate Meyers is grief stricken after the news of her brother's death at a construction site owned by wealthy Trent Farrington. After speculation of faulty equipment and wrongdoing, the police eventually clear his company. Not believing the results, Kate lands a job with the Florida Corporation to do her own investigation. When she meets Trent, Kate instantly dislikes the strikingly handsome millionaire and thinks he's involved. Her greatest pleasure would be to see him pay for what he's done—behind bars.

Confirmed bachelor Trent Farrington finds himself intrigued by the company's newest employee, but previous bad experiences with women have taught him to be cautious. However, he is drawn to the alluring beauty, but he's puzzled that she seems to hate him for some unknown reason. He's used to women throwing themselves at him, and her attitude shocks him and is refreshing all at the same time.

While Kate searches for the evidence to implicate Trent, she has to work closely with him. However, the information she uncovers isn't exactly adding up against her new boss. She dislikes how her traitorous body reacts whenever he is near, although he appears to enjoy her reaction immensely. She vows to leave the company as soon as she collects the evidence, but soon learns nothing is as it seemed.