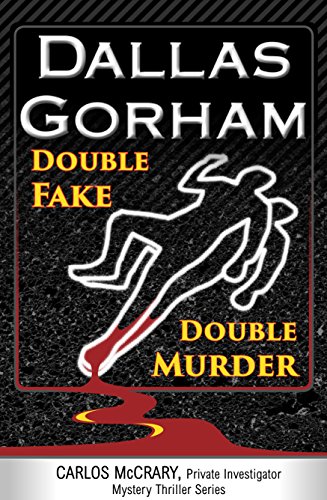 Organized crime boss Garrison Franco is gunned down and the cops think they know who did it—Detective Jorge Castellano. Was he framed?

Lots of dangerous people want this scumbag dead, but one of them is a cop...

Organized crime boss Garrison Franco is gunned down in the street, and the cops think they know who did it—Jorge Castellano, one of their own homicide detectives whose wife was threatened by Franco. The police detectives think Castellano has resorted to vigilante justice; Castellano claims he's been framed. The desperate detective hires his best friend, Mexican-American private investigator Carlos "Chuck" McCrary, to find out who framed him for the murder. But to do that, Chuck has to discover the real killer. Was it a mafia hitman?

Chuck uncovers a mysterious teenager who ran away from an abusive foster home who may have the witnessed the assassination. But the boy doesn't trust anyone and won't tell Chuck what he saw.

When Chuck's prime suspect winds up dead, Chuck winds up in jail, arrested for murder.

Now Chuck must not only find out who killed Franco and framed his friend Castellano for the hit, but must solve the new murder or face a lifetime in prison himself. His efforts to untangle the web of fabricated evidence in both cold-blooded murders take him from the crime-filled streets of a South Florida ghetto to the waterfront mansions and lofty condos of the mega wealthy in pursuit of the mysterious and elusive killers.

To clear his name, Chuck may have to resort to his own vigilante justice.