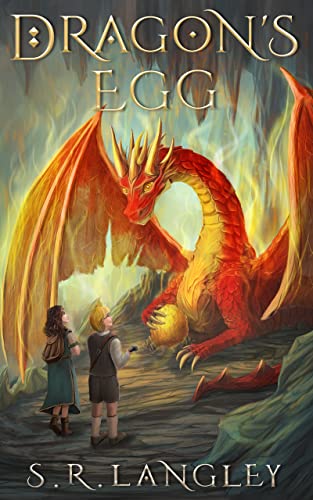 Two mismatched heroes, Roger and Mary find themselves drawn into a world unlike any other and in the hands of the very last Dragon's Egg...

WHAT IF THE FATE OF THE WORLD LAY IN THE HANDS OF AN UNLIKELY PAIR OF MISFITS AND A DRAGON’S EGG?

Roger Briggs has been trained to believe there is no such thing as Magick and has only ever shown interest in his own scientific pursuits, mainly that of studying bugs.

This is the Government's mantra that Roger and all children are taught in this alternative 1950’s Inglande, where even Science itself is being manipulated by unseen powers, who are secretly plotting to rule all the hidden Worlds of Planet Erf.

But then a chance collision with the nature loving, quick witted Mary, changes everything. This soon leads our unlikely heroes on adventures they could never have imagined as they discover the Magick of Under Erf and encounter the elusive and mysterious Dragon Queen Mavis.

Faced with impossible odds and deadly foes, do Roger and Mary have the courage to rescue the last Dragon’s Egg entrusted to them and its unhatched Dragon Prince?