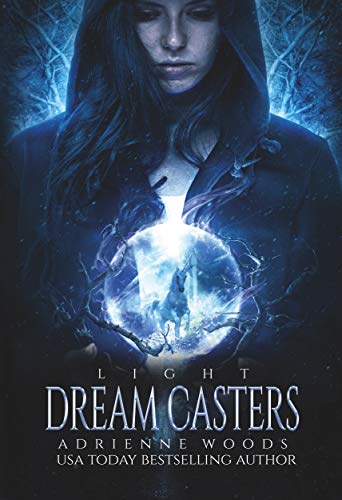 When a high school prank goes terribly wrong, Chastity learns that she is a Dream Caster — meant to live in a different world. In a place where one wrong move could doom her to the realm of nightmares, will she survive?

Mr. Sandman, send me a dream, ta da da da.....Seventeen year old Chastity Blake knows the Sandman is just a silly children's story parents tell their children to get them to sleep. At least she thought it was, until the day a mysterious, light golden sand appeared in her hands during a high school prank that went horribly wrong. A sand that has the power to send anyone it touches into a deep, sound sleep.

Fearing she had lost her mind, Chastity soon discovers the shocking truth of her heritage- she is a Dream Caster. Chastity was never supposed to be raised on the Domain, or what humans call Earth and she is forced to return to her true birth place, Revera - the world of Dreams.

However, in Revera there is no balance between good, the Light Casters, and darkness, the Shadow Casters, and Chastity is caught square in the middle. She soon learns that there is no place for anyone containing both the light and the darkness within them, and the shocking truth that if anyone in Revera ever discovered her shadow self, Chastity would be thrown into the Oblivion - the world of Nightmares.

Dreams are always more than they seem, and this time Chastity is going to discover just how different they can be.