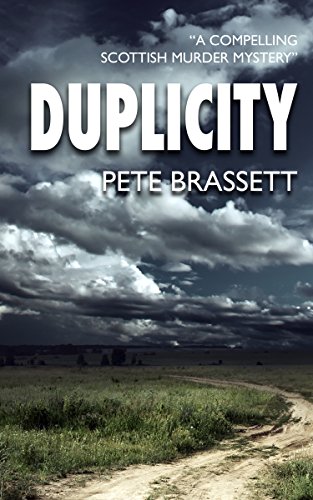 A local businessman disappears during a meal shared by old friends. When he is later found dead, DI Munro must cut through a densely-woven web of deceit to find out why.

A local businessman disappears during a meal shared by old friends. When he is later found dead, DI Munro must cut through a densely-woven web of deceit to find out why.

The Carduccis and the Buchanans have been best of friends for years, but simmering under the surface are long-held jealousies and disagreements that only the criminal affairs of the men have kept at bay.

When, during a meal, Angus Buchanan steps out of the house to fetch a bottle of wine from the car and subsequently disappears, the police are quickly informed. But when the most likely explanations are ruled out, detectives Munro and West are called upon to investigate possible foul play.

When Buchanan is later found, having suffered a violent death, pathology rules out natural causes and it becomes clear that a terrible murder has occurred.

Faced with the lack of real cooperation from the parties involved, who are clearly protecting their nefarious business interests, the man responsible for Buchanan's death is found relatively quickly. But when he pretty much laughs in the face of the detectives' accusations, Munro and West realise that there must be much bigger fish to fry.

In an investigation that takes them as far afield as Oslo, Norway, and into the past of a troubled Polish man, Munro's dream of a tranquil life in the countryside is further put on hold, and the ever ravenous Charlie West, must continue to battle the ways and mores of a Scottish backwater without losing her cool.

With more red herrings than a Norwegian fishing boat in the sunset, DUPLICITY is a highly entertaining cosy Scandinavian-style murder mystery that will appeal to anyone who enjoys a gripping read where guessing the identity of the murderer is key.