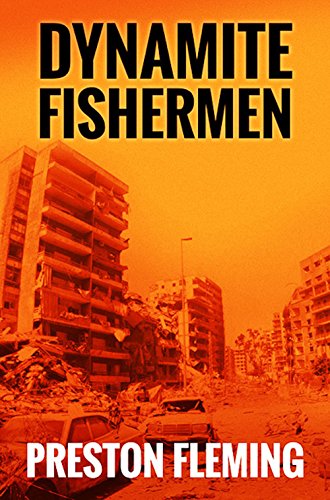 An espionage thriller in the classic tradition of Graham Greene, Eric Ambler, and John Le Carré, Dynamite Fishermen follows junior CIA case officer Conrad Prosser through Civil War Beirut in pursuit of an agent recruitment to revive his sagging career, exploiting friends and colleagues heedlessly along the way. At the same time, Prosser directs his Arab agents to discover who is behind a recent eruption of car bombings, setting off a retaliatory outburst that threatens his life and others.

Beirut, 1982. Conrad Prosser is a skilled Arabist, expert agent handler, prolific intelligence reporter, and a connoisseur of Beirut's underground nightlife. But, as his two-year tour at the U.S. Embassy nears its end, Prosser's intelligence career is in jeopardy because he has not recruited an agent while in Lebanon, a sine qua non requirement for promotion.

Surveying his many contacts, Prosser selects an attractive Lebanese doctoral student and her idealistic brother as candidates for development. At the same time, he holds clandestine meetings by day and night with his string of Lebanese and Palestinian agents, pressing them to discover who is behind the latest wave of car bombings that has terrorized Muslim West Beirut. But when one of his agents supplies information used to capture a Syrian-backed bombing team, Prosser sets off a cycle of retaliation that threatens more than his career and cherished way of life.

At first denying, then later concealing, apparent attempts on his life, Prosser sets out to save both his job and his skin, exploiting his agents, his best friend, a former lover, his new girlfriend and her enigmatic brother. In doing so, he puts their lives at risk and discovers too late the effect of his heedless actions.