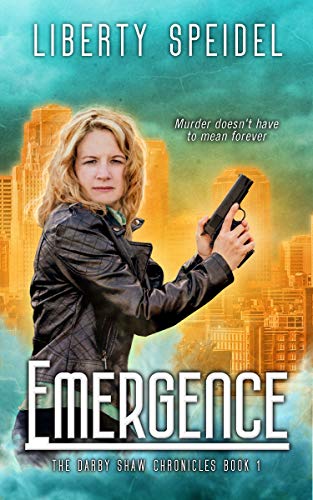 When Darby Shaw discovers she has the ability to resuscitate murder victims, her job as a police officer may be in jeopardy. But her freedom may be more at risk as the government agency in charge of supervising mutated humans wants to understand her new powers. But the bigger question: can she resuscitate the dead again?

One call could change her life forever...

It’s not every day you discover you have superpowers.

The only problem: Darby Shaw’s particular brand has never been seen before, and the agency in charge of monitoring superhumans have her in their sights.

They want to know why she’s different—and they won’t give up until she’s tested.

But Darby’s department knows the value of having a super who can revive the murdered.

Training Darby is the task of homicide detective Mark Herman. He can’t figure out just why she mesmerizes him, but he’s not going to let anyone stop her from succeeding in her new role.

The thing is, she has to figure out how to use her powers again. If she can’t, the police can’t use her.

Then Darby will be easy pickings for the corrupt bureaucrats who want her in their lab.