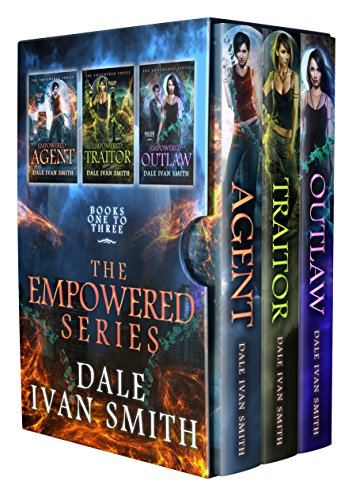 Recruited by a secretive government agency, Mathilda Brandt must use her super power and her wits to protect her family and save the world from deadly threats.

The Empowered: men and women who possess extraordinary abilities that set them apart from the rest of humanity. But those with that power face a terrible choice -- join the Hero Council and obey its commands in the service of world order, or forswear ever using their abilities.

Mathilda Brandt rejected that choice and went rogue. Captured, judged and imprisoned, she has at last been paroled and, under the Hero Council's watchful eye she wants only to lead a normal life. But the world won't let her.

Blackmailed by a secretive government agency, with her family's lives in the balance, Mathilda is forced to go undercover and infiltrate the Scourge, the world's most dangerous rogue Empowered group. With no friends and no alternative, Mathilda's assignment becomes not only a private war against Empowered threats to the world, but also a quest to uncover secrets that ruthless forces would prefer to keep hidden, and are willing to kill to protect. Will she live long enough to discover the truth, and if she does, will the world itself survive?