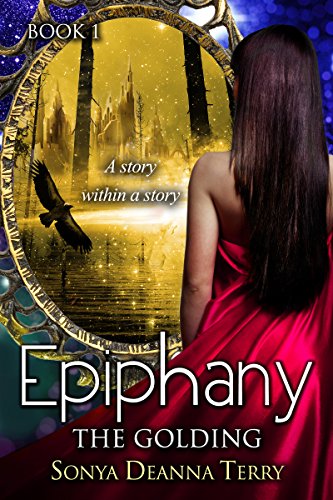 When Rosetta starts a book club to study a novel set in ancient Norway, she’s unaware that within its pages lies the secret history of money ... or that the characters in her book aren’t fictional. They’re time-travelers intent on locating her with a promise for the modern economy’s future ... and they want her to meet Matthew, a charismatic finance exec whose life of ease is the reverse of her single-parent struggle, and whose encounter with a Norwegian elf has been more than a little baffling.

Free-spirited book-club founder Rosetta Melki and polished traditionalist Matthew Weissler have little in common and are yet to meet, but time-travelling sprites from a magical past are convinced they'll fulfil an aeons-old prophecy.

A simple enough plan, it would seem, getting two people in one city to unite against a Cycle of Suffering the world doesn't know it's imprisoned in. Throughout every age in history, however, a body-king influence has thwarted sprites' hopes for humanity.

And yet, sprites and body-kings aren't supposed to exist. Rosetta has no reason to think they're anything but mythical. They feature, in fact, in the fantasy novel her book club is studying.

The question Rosetta soon asks herself is: does she know for sure that the book is fiction? And how did the book's 18th-century author learn of an earth-shattering secret that isn't meant to be true?