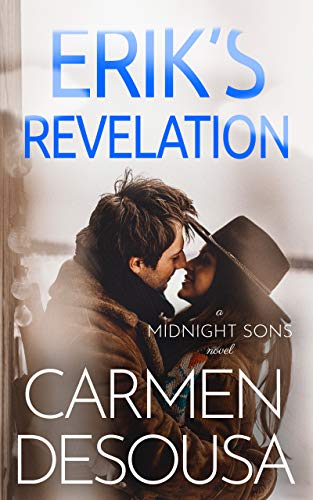 While seeking answers about his past, Erik meets Kimi, who’s running from hers. Just when they start to relax, authorities start asking questions about the new horse whisperer, and Kimi disappears. Realizing their future is in jeopardy, Erik sets out to find Kimi before her past catches up to her.

When Erik Belgarde sets off to find the truth about his past, he encounters Kimi Bennett, a woman running from her present…

Erik remembers the day Adam Belgarde brought him home to Claire Belgarde and his new brothers. Erik grew up with everything a child could want: a mother and father who loved him, who came to his rescue when he had night terrors, who greeted him with the same loving smiles and hugs they offered their own children. The love of his adopted family had made it possible for Erik to suppress the memory of the couple screaming at each other, waiting for their wrath to turn his way. As far as he knew, his real parents had died in the woods, and Adam Belgarde had rescued him. Now he discovers it was all a lie… The Belgardes lied to him from the beginning. Why?

While searching for answers about his past, Erik witnesses a runaway horse and runs head-on into Kimi Bennett — literally — while trying to rescue a child. Although Erik and Kimi constantly butt heads, he can’t help but admire how she loves horses and his beautiful home state of Alaska.

When authorities start asking questions about the new horse whisperer in town, though, and Kimi disappears, Erik realizes their future together is what matters most and calls on his Midnight Sons brothers to find Kimi before her past catches up to her.