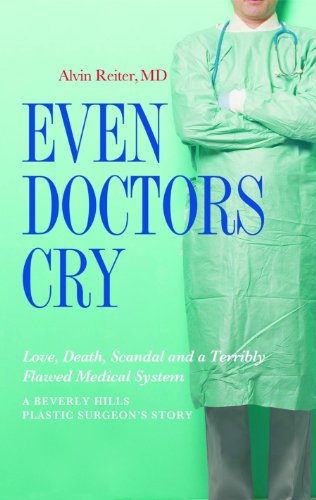 As the debate continues to heat up over health care in America, a new book from a prominent Beverly Hills plastic surgeon is a timely, thought-provoking, and urgent wake-up call.

Then came, however, a time when even Superman could not help.

The doctor survived, but Karen did not. She died of metastatic breast cancer in May 2003. Her premature death was aided and abetted by her oncologist, breast and liver surgeons and the gross failure of the medical system in which human error, negligence and hubris can, and did, take a life. The facts are chilling and irrefutable.

In the midst of his own cancer battle, Dr. Reiter endured another injustice that would permanently taint his view of his chosen profession. He describes how he was made a pawn at the hands of some of his own colleagues he had most respected, in an investigation by the FBI at one of the facilities where he performed his surgeries. After a legal battle which reads like "LA Law" and faced with the onset of Karen's disease, he was forced to reevaluate his place in the medical establishment. Up till the time of her illness he had been living for his surgery, his patients, his wife, their cats and their garden. His paradise was a fool's paradise. He had no idea what evil lurked under the Southern California sun.