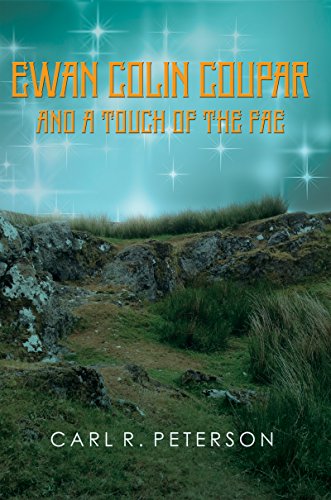 Ewan Colin Coupar And A Touch Of The Fae

This is a nicely developed story that serves as an introduction to a fantasy/sci-fi series and will leave readers intrigued. It has many fascinating characters, but they have yet to prove their powers and interactions in a conflict. An imminent danger looms, but the reader is left wondering exactly what it is. Lingering questions may be addressed in a sequel.

In a new take on old tales, Carl R. Peterson combines fact, folklore, and fantasy into Ewan Colin Coupar and a Touch of the Fae, a story featuring a cast of Rockkin, Elves, Brownies, and Urisks, among other faerie folk, who mingle with humans in our own world. These encounters result in children who have a "touch of the Fae" through bloodline or other connections.

Among these special children is Ewan Colin Coupar, a young boy who grew up in England but has now returned to his birthplace in Greenock, Scotland. Amid the tumultuous post-WWII atmosphere, he is delighted to find an escape from his worldly troubles in the wondrous realm of the Fae.

Joining a number of kindred spirits—other children who possess a touch of the Fae as well as a minister pursuing his interest in faerie beings in spite of his faith—Ewan embarks on several adventures and befriends many faeries, including a Druid spirit named Winthrop.

Little do they know that sinister forces are at work, seeking to steal the secrets of the past and the ancient knowledge of the Fae. Can Ewan and his friends put a stop to their malevolent plans?