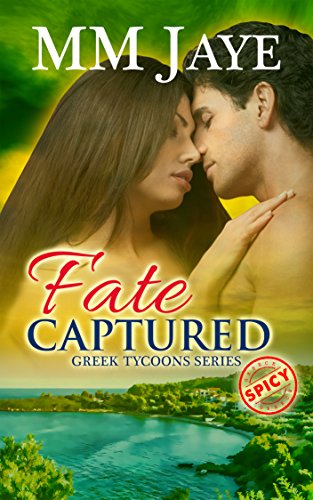 In FATE AWAKENED, a meddling thriller writer ruins the career of a Greek shipping heir then tarnishes his family’s name and faces his inevitable wrath—because to fix him, she needs to break him first.

Trish Swan is living her dream. She gave up chilly Boston for a sunny Greek island to write her novel. But she likes hot crime between the pages, not before her eyes. Yet, she doesn't think twice about turning in a video she captures of a cop roughing up a man--but maybe she should because fate throws her a curve ball she least expects.

The mind-numbingly hot Greek from the bar isn't just a cocky bad boy in need of a little love. He's a shipping heir wrongfully accused.

Career in ruins, Markos' life is a hot mess, all thanks to one sexy do-gooder who keeps popping up in the wrong place at the wrong time. Touching her becomes addictive, so maybe he could forgive her for doing her civic duty. But when she dredges up ghosts from his past, messing with his sanity, she gets a real taste of what he's capable of.

With a man's life on the line, Trish prepares for a head-on collision that will push Markos over the edge. What does she stand to lose anyway? Her heart?

He already owns it.