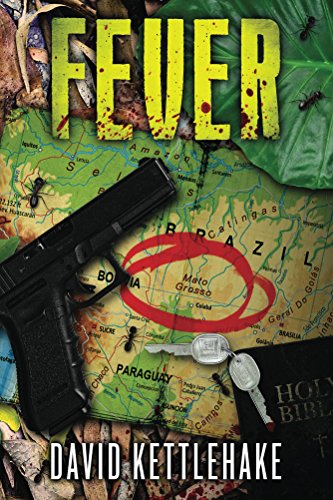 A modern thriller involving a deadly new drug, a kidnapping, and an ex-FBI agent's frantic search through the Amazon jungle for the woman he loves.

The last thing Ari Van Owen expected to see that Saturday morning was his ex-girlfriend's furious husband on his front step.

"Where is she?" Butch Brubaker demanded. "Where's Frankie?"

Frankie Brubaker, the woman Ari loves but can never have, has been abducted from the hospital where she works. There's no ransom note, and no contact from the kidnappers. With his past experience working for the FBI, this type of investigation is right up Van Owen's alley. In no time he uncovers clues that point to Frankie being held outside of the country, somewhere in the Amazon Jungle. But what Van Owen can't determine is why.

A few days later, a flight from Brazil crashes near Louisville when the pilot and first officer suffer from total paralysis en route. Just days after that, a popular South American baseball player is found dead in Cincinnati after succumbing to the same mysterious ailment. The FBI suspects the two high profile cases may be related, and they want Van Owen to do what he does best and connect the dots.

The deeper Ari digs, the more it appears that Frankie's abduction is somehow linked to both the plane crash and the dead athlete. But before he can put the pieces together, the kidnappers are back - only this time they've targeted Van Owen, and their intentions are clear: they'll either take him, or they'll take him out.