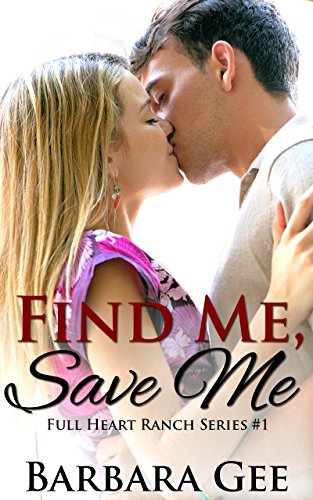 Find Me, Save Me

FBI Agent Tucker Simon has been chasing a vicious criminal for two years. Now that man has abducted Tuck's younger sister's best friend, and is intent on getting revenge.Tuck has to get Maddy back. When he does, he won't want to let her go.

FBI Special Agent Tucker Simon has spent two years trying to put away the evil Jimmy Callahan. In an effort to end their standoff and regain control of his lucrative criminal enterprises, Jimmy plots to abduct Tuck's sister. He hopes to use her to get the tireless agent to finally back off. Although Tuck manages to keep Libby safe from his enemy's clutches, her best friend pays the price. Now Maddy's life depends on Tuck.

Madison Harper has been fascinated by her friend's older brother ever since seeing photos of him in Libby's apartment and learning that he works as a federal agent. Given her close friendship with Libby, Maddy expects she will some day meet Tucker Simon. What she doesn't expect is to need him.

When Maddy is accidentally drawn into the dark schemes of Jimmy Callahan, her chances of survival are slim. As she faces almost certain death at the hands of a man bent on revenge, she prays for Tuck to find her. But time is running out, and Jimmy isn't going to make it easy.

It should have never come to this—Madison should not have been made to suffer at the hands of his enemy. As Tuck fights to rescue the most courageous woman he's ever known and keep her safe from further harm, he's also fighting his own sense of guilt. As she heals and his feelings for her become stronger, Tuck is forced to reevaluate the path of his life. He thought he had it all mapped out, but Madison Harper is changing everything. He can only trust that God will lead him where he is meant to go.

He finds her—he saves her—dare he love her?