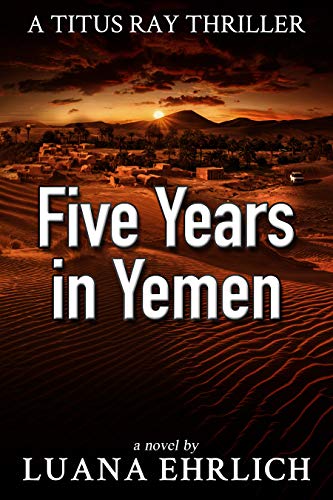 A CIA contractor goes missing in Iraq. Five years later, he turns up in Yemen.

Now, it's up to Titus to find out if he's a traitor or a patriot.

After Titus accepts an assignment to bring rogue CIA contractor Jacob Levin back to the States, he learns the operation has been put on hold pending Presidential approval. That's fine with him. He's looking forward to spending time in Oklahoma with his fiancée, Nikki Saxon.

But then, his boss needs a favor.
After that, everything changes.
It begins in Springfield, Missouri . . .

Where he interviews a former CIA employee about the missing Jacob Levin.

It continues in Detroit, Michigan . . .
Where he and Nikki spend Thanksgiving with his relatives.

Along the way, he's forced to deal with issues about his personal life, confront questions about his past, and make decisions about his future. Can he trust God for the answers? Will Nikki agree with his decision? How will he handle the outcome?