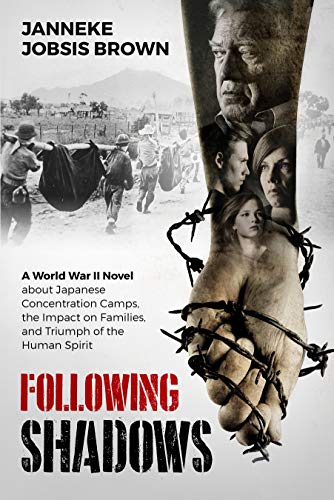 Can surrender lead to victory? The seldom told story of Europeans in WWII Japanese concentrations camps is the never-told story for the Vanderveers. When this international family gathers in 2004 to save one of their own, an unexpected journey of WWII revelations brings healing light to three generations.

Death lives within the soul of Jakob Vanderveer, who vowed to be a silent keeper of secrets. He believed this would be a loving way of keeping his family safe. The shadow of Jakob's missing four years, his adolescent survival of the horrors of Jappen kampen (Japanese concentration camps) hit his family with a terrible cost.

Then one day Jakob calls his now adult daughter, Luce Vanderveer Lewis. Her scientist-brother, Alby, has been hiding his ongoing drug addiction and has overdosed…again. With the openness of her father's phone call, old yearnings pull at Luce…to learn about her father's three and a half missing years in Japanese Concentration Camps.

As the family gathers with Alby's doctor, Jakob is coaxed to reveal the past. With Alby's recent near death, he can no longer profess that secret keeping created a healthy family. First Jakob speaks in his usual generalizations regarding the horrors of war and too many deaths. Slowly he touches on the day the Japanese declared all boys fourteen and younger were "men." This day started the events that eventually left Jakob all alone among thousands of men.

With the telling of this story, a seemingly cast-iron wall begins to crack. Jakob's real life account of what is behind his anxious and controlling ways leaves Luce shaken by greater understanding, love, and a new awareness of her own struggles—growing up across three continents.