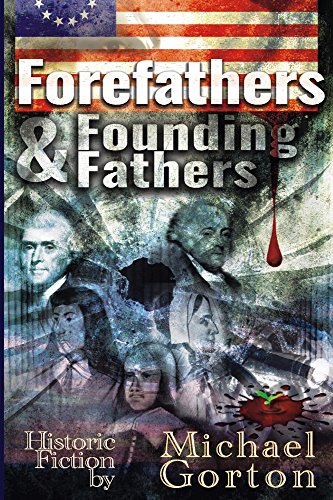 A deeply moving adventure, a love story and a lost piece of history that will make you question your understanding of the first decades in 1600s Colonial America. Forefathers & Founding Fathers is a chronicle that every American should know, and yet, almost none do.

In the early colonies, this country was on a trajectory to become an autocratic theocracy. The battle for democracy and equal rights was sparked by a few characters, who are now a lost & forgotten piece of history. Forefathers & Founding Fathers is an adventure, a love story, and a tale of great persistence, chronicling those few who changed that trajectory and fought to create the template for America. It is a tale that every American should know, and yet, almost none do.

Roll your clocks back 380 years to 1620s London when hard-working and creative Samuel meets Mary, a unique and highly educated woman. Their adventure would lead them to the colonies where they were beaten, ostracized and sentenced to death for introducing the fundamental principles modern Americans hold dear.

In an entertaining way, this fast-paced novel will make you question your understanding of the founding years of our great nation. Not only did they spark the ideals of democracy 150 years before Jefferson and Adams, these pioneer/patriots created the template our founding fathers used to build this great nation. Even into modern times, the descendants of Samuel and Mary, including: General Nathanael Greene, Captain Benjamin Gorton, Julia Ward Howe, Thomas Edison, John Wayne and Lucille Ball, would continue to mold the nation.