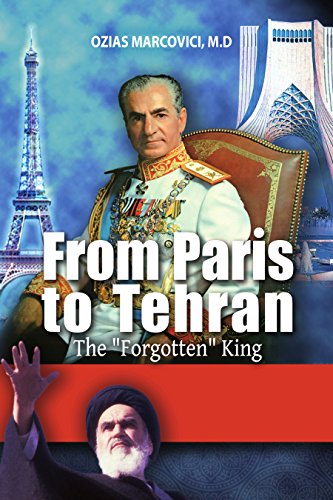 From Paris To Tehran

This is the “story” of the tumultuous empire of Iran, from 559 BC to today. It paints the dismal moral portrait of Ayatollah Khomeini: hypocrite, vile demagogue, odious criminal, shrewd politician rather than religious man, and absolute dictator.

This is the "story" of Iran, a tumultuous country that has been reassessing its values for several decades. Its historic truths and legends have fascinated all, from the most powerful empire of the Orient under Cyrus II (559-529 BC); to the "forgotten" king, Mohammad Reza Shah Pahlavi, an enlightened, Western-friendly dictator (1935); to Ayatollah Khomeini, hermetically ensconced in tradition (from 1980).How did that loathsome despot, Ayatolla Khomeini, swoop in and seize power?

At a time when tolerance and authentic values are most needed, the book elaborates the moral portrait of the Ayatollah, which seems to encompass every known defect: hypocrite, liar, demagogue, vile manipulator of the poor, odious criminal, and shrewd politician rather than religious man. Welcomed as a magical, mysterious savior after a "historic flight" from Paris to Tehran, he became an absolute dictator. The book brings to light incontrovertible facts bearing on the future of mankind.