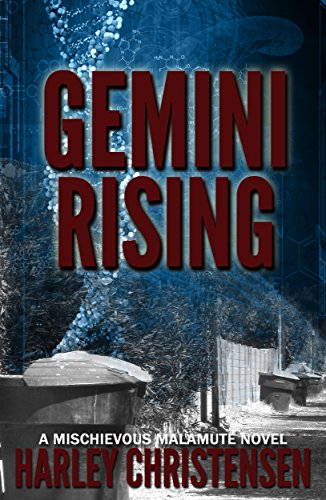 Arianna Jackson and her Alaskan Malamute live a normal, mundane existence, where nothing out of the ordinary ever happens - until AJ stumbles upon a body in her alley. As if that weren't enough to upset the balance of normal, the body reveals a secret - one that could mean AJ’s entire life has been a lie.

There's a body in your alley...

Arianna Jackson—AJ to her friends—and her occasionally well-behaved Alaskan Malamute, Nicoh, live a normal, uneventful, admittedly mundane existence, where nothing out of the ordinary ever happens.

Early one morning, AJ stumbles upon a horrifying scene—a girl's body lies broken in the dumpster behind her home, her face beaten and mutilated.

A secret reveals you're living a lie...

As if that weren't enough to upset the balance of normal, things go from bad to worse when she learns of her connection to the murdered girl. Suddenly, AJ realizes her entire life has been filled with secrets and lies.

A killer hunts for you...

Together with her trusty sidekick, Nicoh, and BFF, Leah, AJ must search for answers. But can she, when finding the truth proves to be more deadly than living the lie?

Would you search for the truth if you knew it could kill you?

Join AJ and her pals as they race to unravel the mystery of her past, where the pieces of the puzzle bring more questions than answers and the only certainty is the killer's end game—AJ's life.